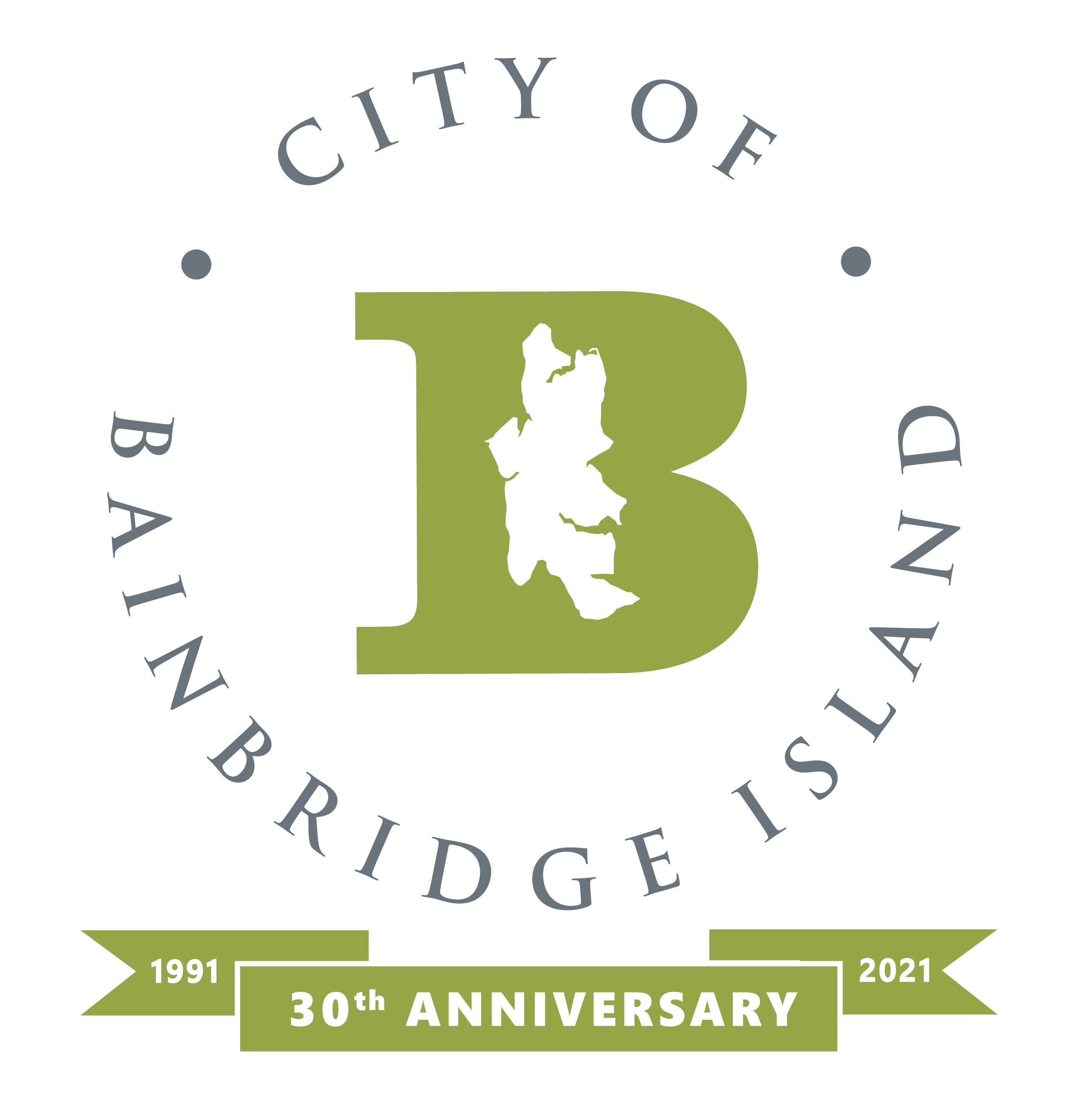 For the City of Bainbridge Island, 2021 is a significant milestone: it marks the 30th anniversary of becoming an all-island government. 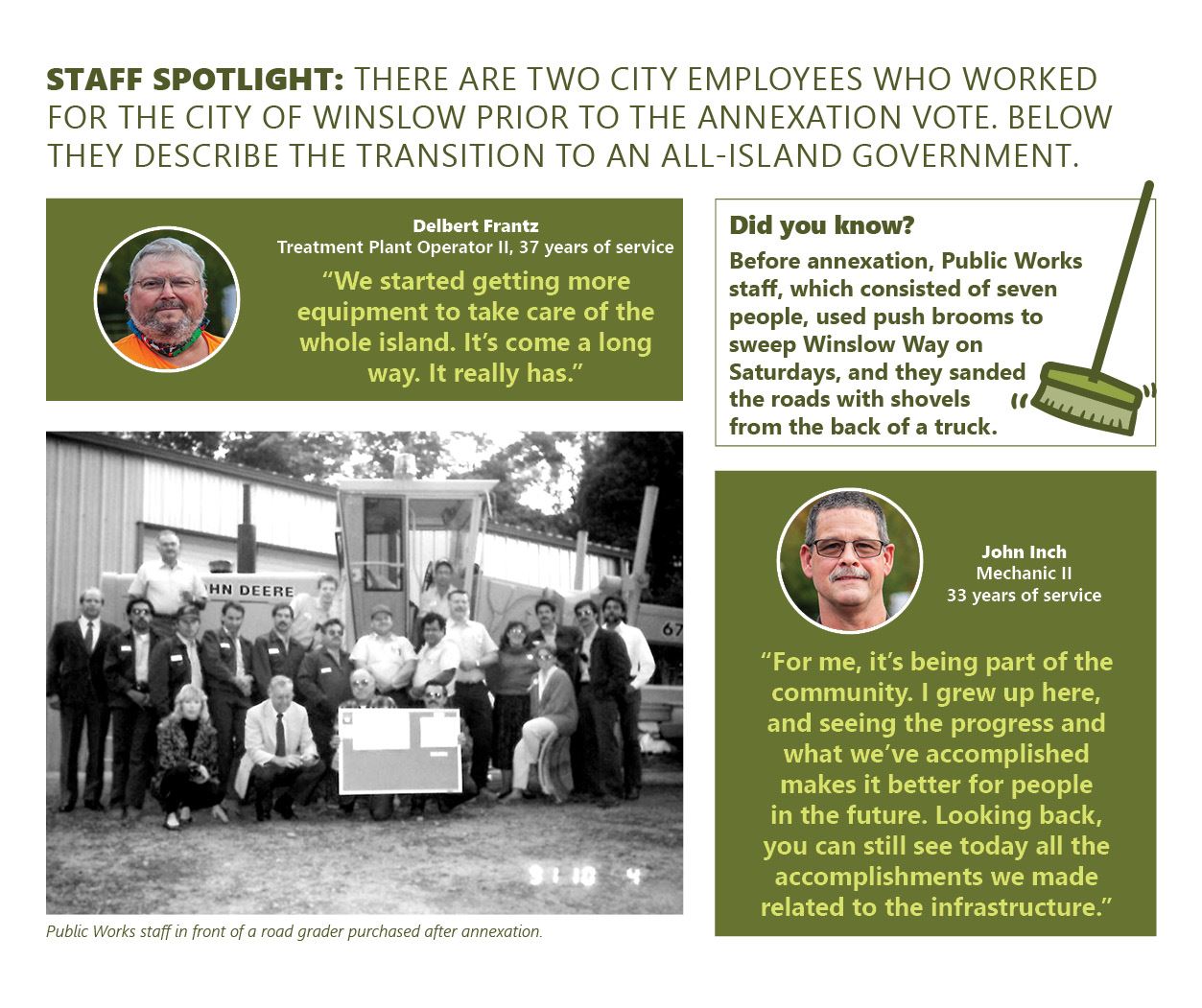 The City of Bainbridge Island on Nov. 9 celebrated its 30th anniversary of becoming an all-island City government with a small gathering at City Hall.

The event was open to all community members. Some visitors included current and former council members, City staff, and Home Rule Committee members who led the campaign to form an all-island government.

Photos, documents and mementos from the City’s 30-year history were on display.

Read the November 2021 COBI Connects to learn more about the City's history.