The Chief of Police and Deputy Chief of Police of the Bainbridge Island Police Department (BIPD) are responsible for strategic planning, directing department operations, and working with the city manager, city council and citizens to ensure peace and public safety on Bainbridge Island. They also serve as media contacts, initiate and supervise community outreach events, represent the department at community functions, and work with community groups to shape a collective vision of policing. Administrative staff also maintain intergovernmental relationships with other regional law enforcement agencies, first responders, homeland security, the U.S. Coast Guard, and the Washington State Department of Transportation.

Chief of Police Joseph Clark joined the City of Bainbridge Island on April 20, 2020.  A native of Norfolk, VA, Clark started his law enforcement career with the Norfolk Police Department in 1986. During his tenure, he served in numerous positions, beginning as a police officer, and advancing through the ranks to the Deputy Chief role in 2017. As Deputy Chief, he led the day-to-day operations of the department, including the 24-hour field command, public information office, and coordination of community affairs.

Chief Clark has a Bachelor of Arts in criminology from Saint Leo University and a Master of Science in education (with a concentration in counseling) from Old Dominion University. He is also a 2008 graduate of the FBI National Academy.

Clark collaborated with the YWCA and Commonwealth’s Attorney’s Office to establish a Family Justice Center (the first in Virginia); and worked with community partners to obtain grant funding to provide enhanced training and services under the End Abuse in Later Life Program. He also implemented a Spanish-speaking Community Police Academy to expand the Norfolk Police Department’s existing program to new residents.

In addition to his professional duties, Clark actively participated in literacy and chess programs in elementary schools in Norfolk. He was named ‘Tutor of the Year’ in 2017. 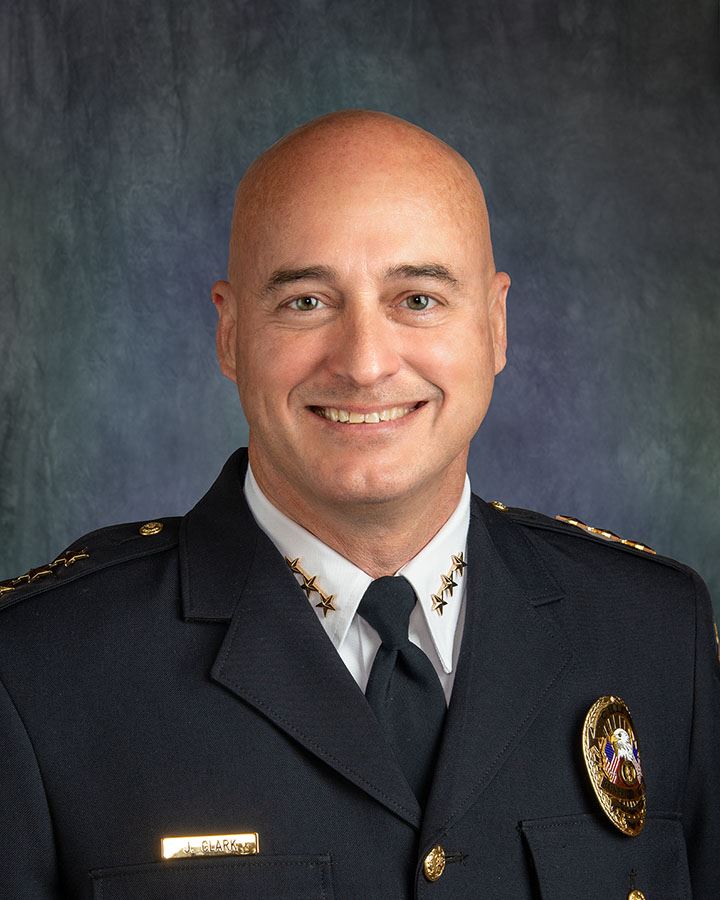 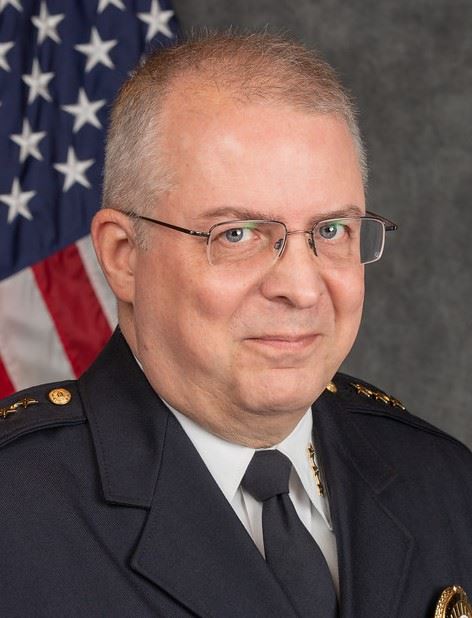 Scott Weiss is the department's Deputy Chief of Police, effective May 17, 2021.

Weiss began his career with the BIPD in 1989 as a reserve officer, and was hired as a full-time officer in 1991. Prior to his career in law enforcement, he served in the US Navy and was a volunteer firefighter/EMT for North Kitsap.

Weiss holds a B.S. in Criminal Justice. He also earned a career-level certificate in Executive Management from the Criminal Justice Training Commission and is a graduate of the FBI-Law Enforcement Executive Development Association Command College.