The Operations and Maintenance Division is responsible for providing snow and ice control for City roads.

City‐maintained roads are designated primary and secondary based on traffic counts, vehicle types, designated speed limits, and the functional class of the road. Public gravel roads are not plowed or sanded. Private roads are not maintained by City road crews. Residents who live on a private road are advised to work with their neighbors to develop a snow and ice control plan. 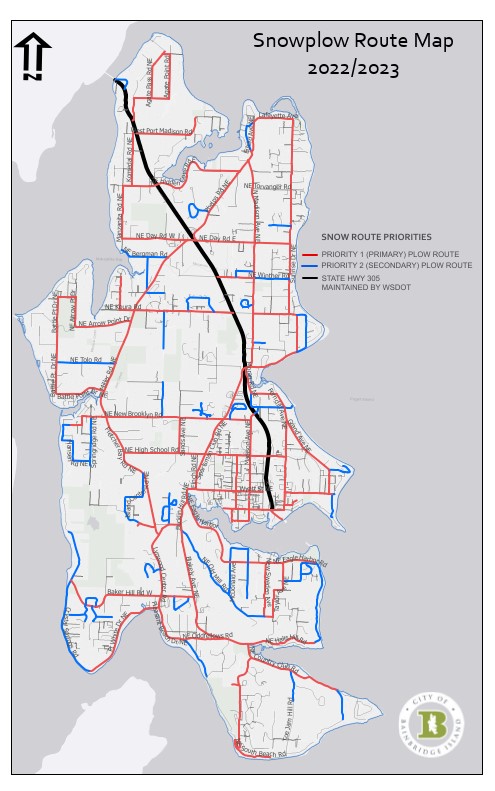 Black lines indicate State Route 305 which is under the jurisdiction of the Washington State Department of Transportation (WSDOT). WSDOT establishes similar priorities for their snow and ice control operations. More information about their procedures can be found at the following link: https://www.wsdot.com/winter/files/SnowIcePlan

During a snow event, special requests often come to Public Works through phone calls from Police, Fire, CenCom (911), and the public. Other requests are sent through SeeClickFix, an application that residents may use to report non-emergency issues. Emergency requests are responded to as quickly as possible. Other requests are handled according to the priorities outlined above. Due to limited staffing during storm events, residents are advised not to call Public Works to make a request unless there is a true emergency as this takes time away from priority operations. 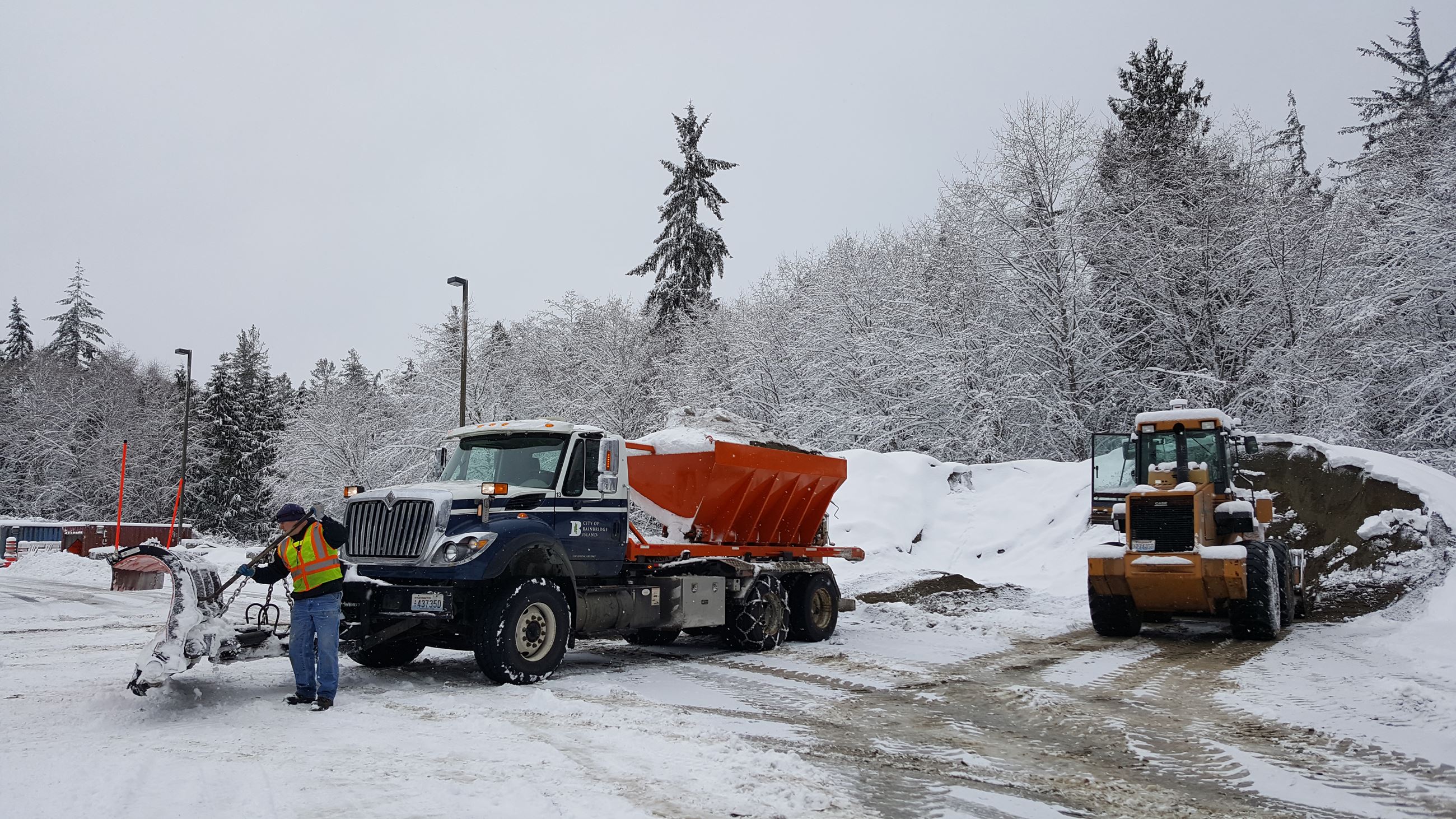 The City uses a chloride (salt) brine diluted with water to 23.3% sodium chloride. Sodium chloride is the safest and most cost‐effective anti‐icing product available.

Keeping sidewalks free from snow, ice, and other obstructions is the responsibility of the person or entity whose property abuts the sidewalk per BIMC 12.08. Only sidewalks on or abutting City property are maintained by City crews during snow and ice control operations. View a list of the walkways maintained by the City.