Planning departments nationwide are celebrating Community Planning Month throughout October to acknowledge the work of many who contribute to making our communities special by planning for infrastructure that benefits all. Join us throughout the month as we recognize our favorite places on Bainbridge Island.

Here are some of the ways you can celebrate National Community Planning in October:

Have another idea about how to celebrate National Community Planning Month?  Let us know at pcd@bainbridgewa.gov and watch our list grow.

Our Favorite Places on Bainbridge Island

Send a photo of your favorite place to pcd@bainbridgewa.gov and we'll showcase it here! 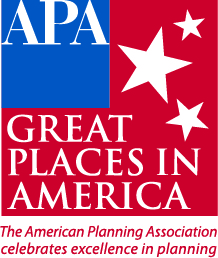 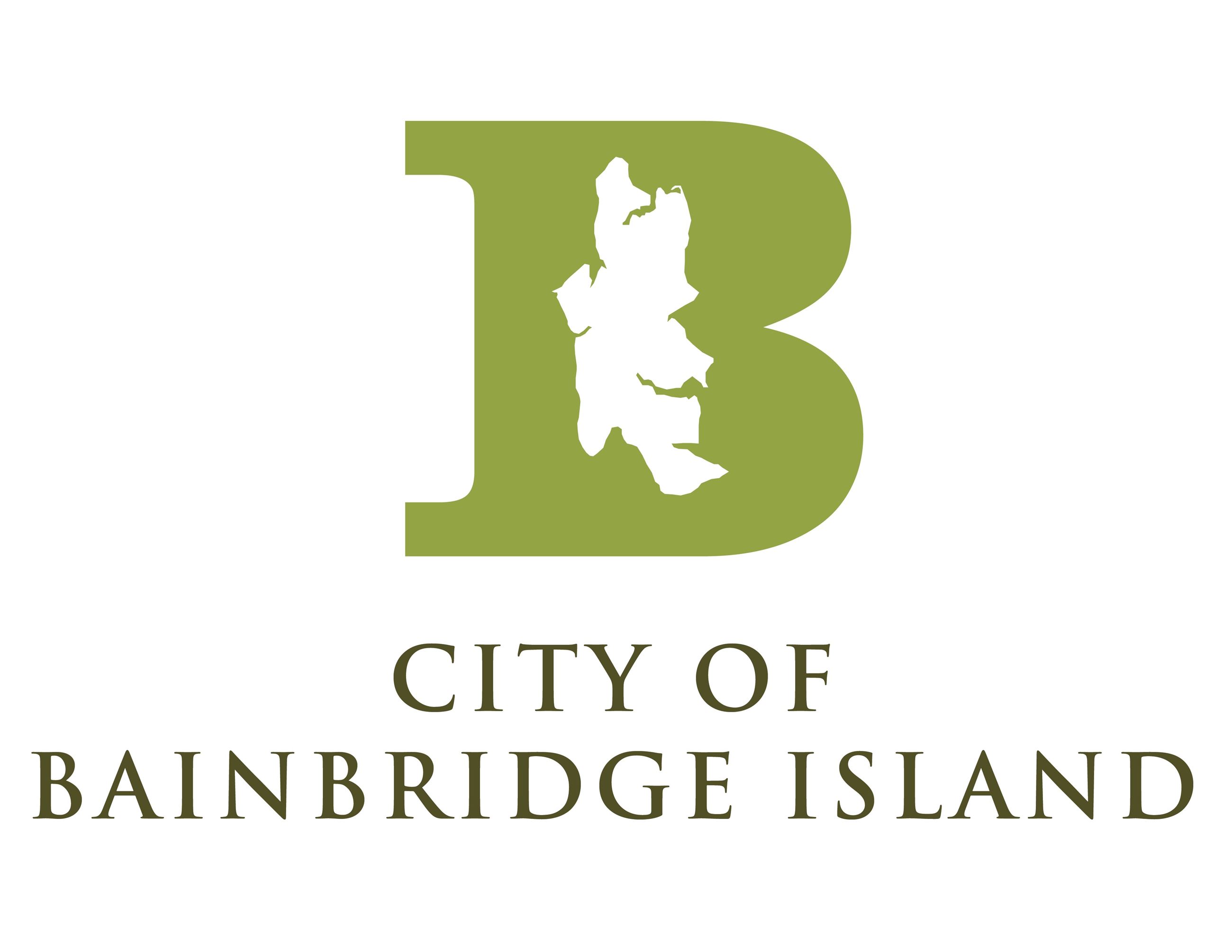 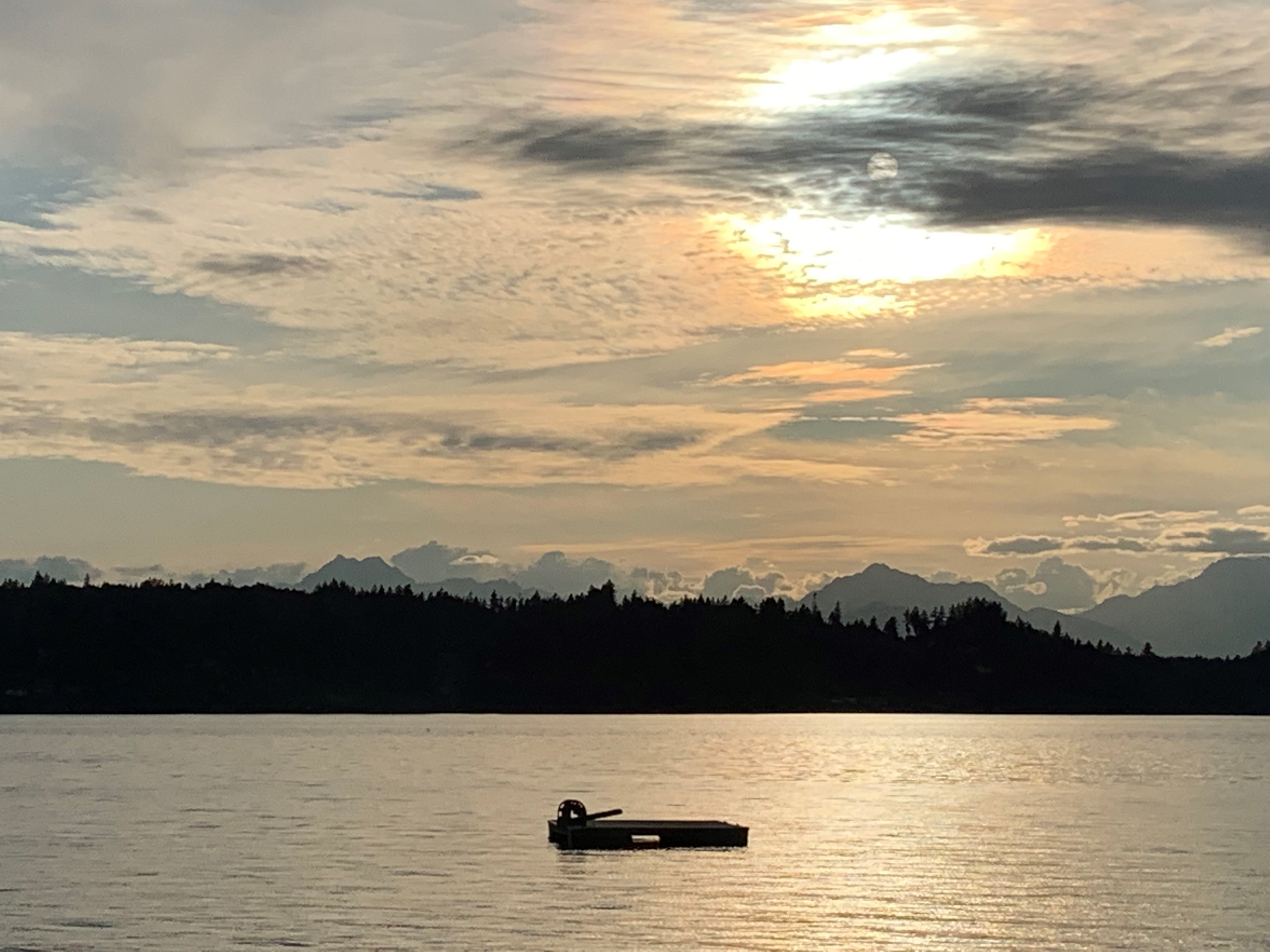 I walk to it almost every day with my dogs -- Fletcher Bay Landing.

Since I grew up on Bainbridge, 1945 to 1957, some of my favorite places just aren't there any more. For instance, Dripping Water Creek runs through a culvert under Sunrise Drive and there was a quiet place in the woods on Quitslund property where I used to see cutthroat trout. The creek made its way to the Sound through the Trask property, and near the shore there was a waterfall. In the rainy season lots of water came over the falls, especially beautiful when it snowed. Not so much water in the creek now, and the waterfall has broken down.

Another favorite place is still there, and it's now on Land Trust property. On the farm where my Dad and his brothers and sister grew up, off Torvanger Road, there was a big old Cedar tree in a cleared area near the barn. When the forest was clear cut for the Port Madison mill back in the 19th century, that tree was left behind. Maybe it was already misshapen and regarded as useless. It's still there, still healthy, showing its age in all sorts of ways -- "ugly beauty." That's a place I have visited often over the years, and its significance grows and grows. 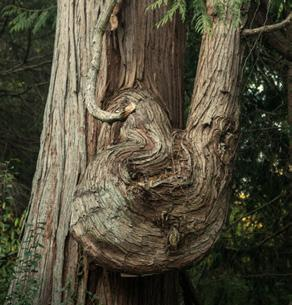 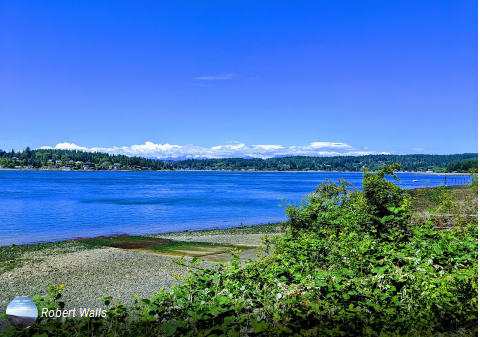 The shoreline along Fort Ward Park is almost a mile of natural beach.  It is along the high current area of Rich Pass so the tidal area is swept clear of silt making life easier for all of the barnacles, anemones, and other attached and burrowing critters.  There is some very interesting exposed geology due to millions of years of sedimentation and then dramatic tilting of the earth’s crust. There are a few boulders that are loaded with fossils.  Rich Pass is also a great drift dive for scuba divers with clear water and abundant marine life. 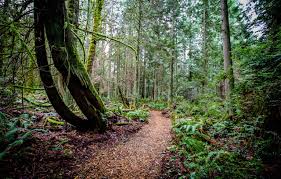 My favorite spot on the Island is the Grand Forest because it’s such a fun and beautiful place to relax and get some exercise. 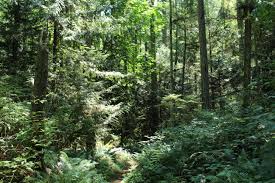 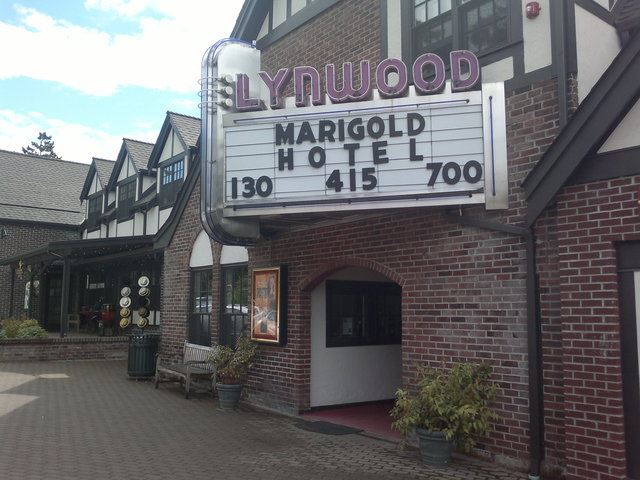 One of my favorite places on the island is Lynwood Center – particularly the older building, that still looks as it did during my childhood. And I love how much there is to offer in this area – the essentials, including wine and frozen yogurt, are all within walking distance of one another! 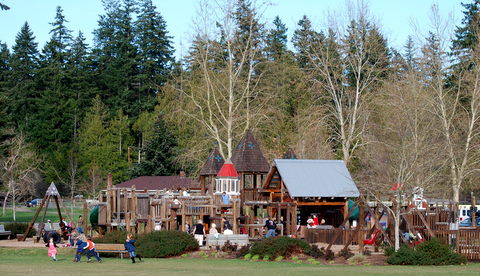 I have had many great community conversations that began because my children were playing with other children at Battle Point Park.  It's a great place to connect with other families!
Jennifer S. 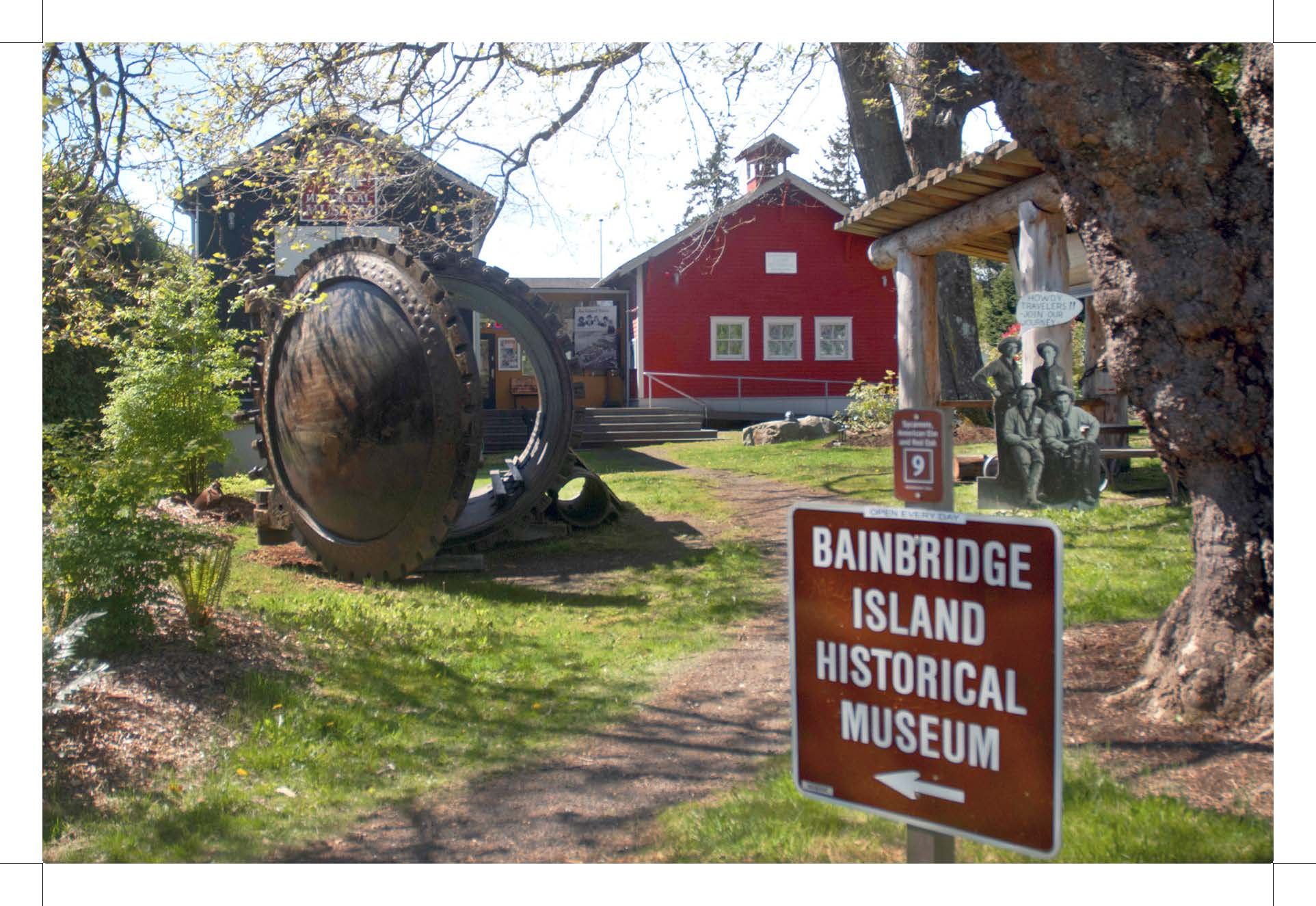 My Great American Place on Bainbridge Island is the Bainbridge Island Historical Museum. I have been a volunteer docent at the museum for two years. My favorite part is the museum’s volunteer docents who are Japanese-American. A couple of them were interned in the Japanese-American internment camps following the bombing of Pearl Harbor and throughout WWII. Being from Bainbridge Island, they were first Japanese-Americans interned as the “dress rehearsal” for the entire West Coast internment. Their young faces appear in the iconic photographs usually used whenever and wherever a story about the internment is published. When I volunteer with them, I stand back and simply listen. They capture the attention of any visitor to the museum lucky enough to have stumbled in the doors that day. I have found knowing them and hearing their stories to be one of the most tremendous privileges of my life. 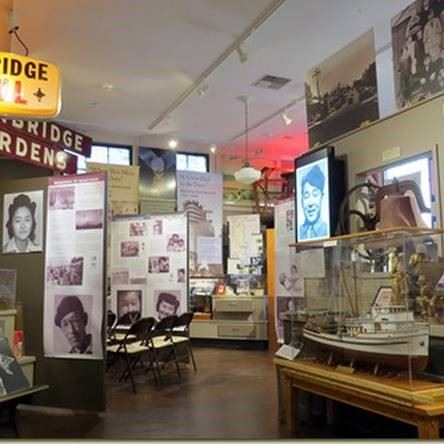 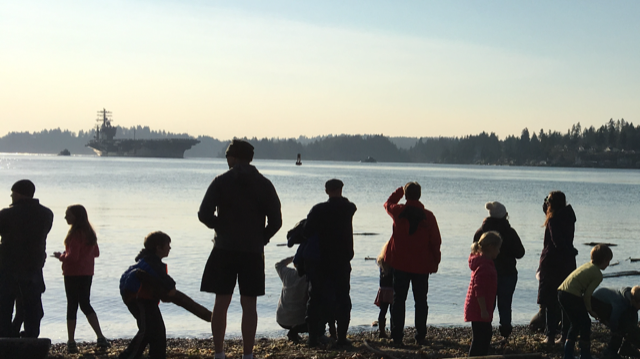